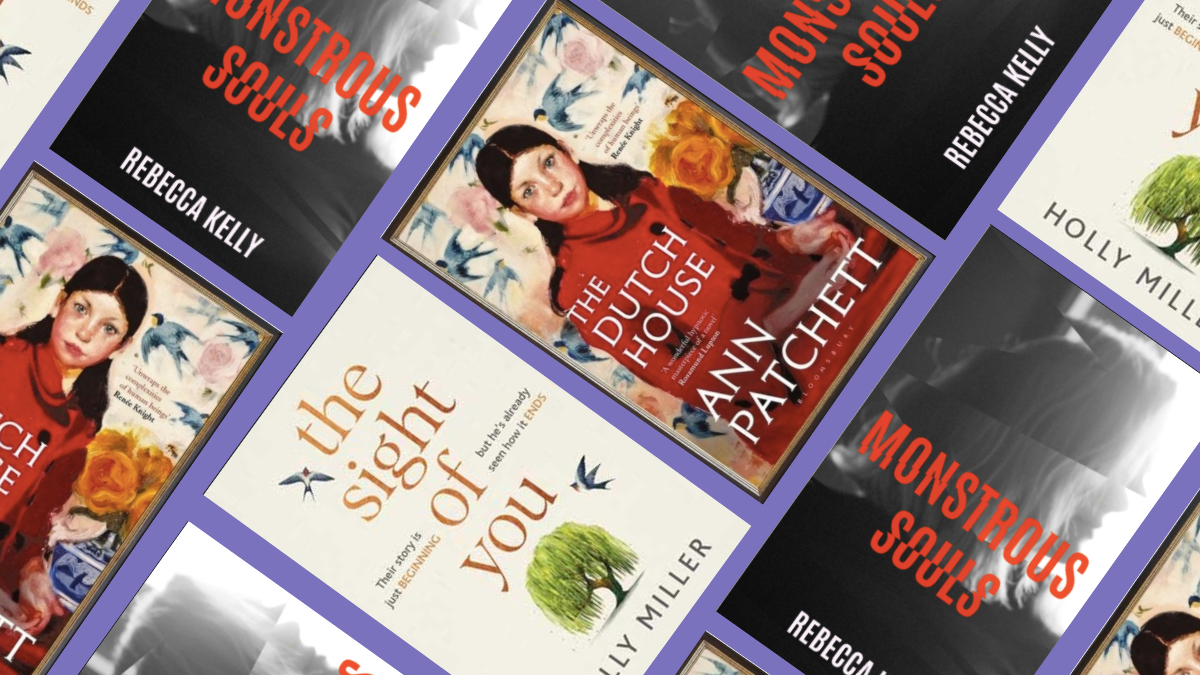 The Sight of You by Holly Miller

I had really high hopes for this book, having been told how great it is by a number of reader friends. I saved it for when I really needed an epic love story (which is most of the time, to be honest), and dove in. And I was so happy to be carried along by it and taken away from my lockdown life for a few days. I also cried at the ending, which is actually very rare for me and shows just how invested I’d become in Joel and Callie’s story.

The Sight of You is narrated by both Joel and Callie, in alternating chapters. They’re both damaged, Callie by the sudden loss of one of her best friends, Grace, and Joel by the prophetic dreams he’s had since childhood which reveal to him glimpses of the future of the people he loves. Some dreams are mundane, some wonderful, some devastating. To guard himself as much as possible from the latter ones, Joel has settled for a life without romantic love. And he’s managing ok like that, until he meets Callie and finds himself unable to resist starting up a relationship with her.

Joel and Callie’s love is all-consuming and powerful, and Miller does a great job of capturing that on the page. When Joel has a prophetic dream about how things will end for them, they both have to decide whether or not to continue with their relationship or go their separate ways. The way the characters act feels completely true and the heartbreaking decisions they are forced to make are handled beautifully. If you’re looking for an escape that will make you really think about life and love and what matters the most, I recommend it very highly.

The Dutch House by Ann Patchett

I had a proof copy of this novel but ended up listening to it on Audible, because I’d heard that Tom Hanks had done a great job with the narration. And I heard right. This book took me weeks to listen to, because the pandemic meant I lost all my usual listening time (the walk back from the school run, the pottering about the house) and had to escape from my family to squeeze a few minutes in as and when I was able to. Cue me volunteering for boring jobs so I could get my fix in small increments. And in a way, I’m glad I listened over such a long period. I didn’t want it to be over.

The Dutch House tells the long and rather winding story of Danny and his sister Maeve. Of their childhoods and adolescence, spent in an imposing house outside Philadelphia, and of the years they spent as adults going back to the house, trying to make sense of the loss of their parents and of the house itself. The novel’s cast of characters is rich and wide, including housekeepers and babysitters as well as Danny and Maeve’s closest family members and friends. But Danny and Maeve remain firmly at the centre. This is their story, their relationship.

I was mesmerised by this book, by the way it ambled along and then brought me up short with a major event casually dropped in. The things it had to say about love and forgiveness. It’s a novel I expect to come back to, to gather up the things I no doubt missed. It’s one to savour and to love for a lifetime.

The premise of this stylish thriller is chilling: one girl was murdered, one is missing, one survived. The survivor is Heidi, who was brutally attacked and has lost many of her memories. The novel starts years later, when things are just starting to come back to her. The missing girl, Heidi’s younger sister Anna, is still missing. With her memories returning, Heidi goes on a journey to get to the truth behind what happened on that fateful day.

Kelly’s prose is gorgeous, and it feels like she hasn’t wasted a word here. Be warned, though, the subject matter is as dark as hell. The goings-on that Heidi half remembers and half uncovers are as sinister as it gets, but I couldn’t stop reading. The book was bursting with atmosphere and so reminiscent of what it was like to be a teenage girl with so little control over anything.

I loved the descriptions of Heidi and Nina’s friendship. Their closeness and their spats felt visceral and so true, and Heidi’s inability to deal with what Nina was going through was heartbreaking. I loved the setup of an adult looking back on the mess of their adolescence and being unable to rescue herself, her friend and her sister from the terrible events they were caught up in. This is an incredibly strong debut and really marks Kelly out as an author to watch.