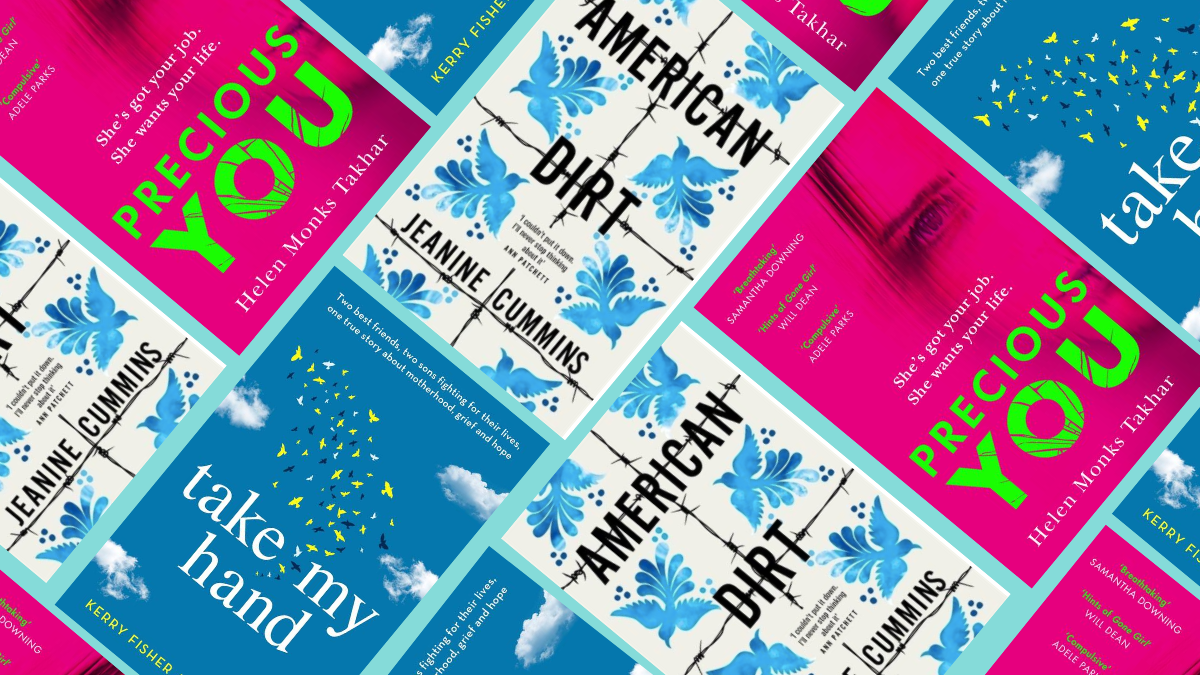 Precious You by Helen Monks Takhar

I’ve been in a bit of a reading slump lately. I’ve still been reading, and I’ve been able to recognise which books are particularly good, but I haven’t found much joy in it. When I picked up Precious You, I didn’t realise that it was exactly the book I needed to pull me out of that slump in an instant. I was hooked from the first chapter and I would have read through to the final page in one sitting if that had been possible. This disturbing tale of two women and their toxic relationship had me totally in its grip.

Precious You is narrated, for the most part, by Katherine. She’s a complex character, newly in her forties, in a stable but open relationship, yearning for her youth. She’s a magazine editor with mental health problems. She’s fighting against the invisibility of middle age. And into her life strides Lily: young, beautiful, confident. Lily narrates short sections of the book. She’s an intern at Katherine’s magazine, and it isn’t long before she’s turning tables and making Katherine feel uncomfortable.

Reading this book felt a little like watching an exquisite dance take place. The two central characters are so endlessly fascinating, with their dark, shadowy pasts and their hidden agendas. I couldn’t turn the pages fast enough. And I haven’t even mentioned the writing, which is brilliant, clever and sharp. I’ll be dropping everything for this author’s next book.

Set in Mexico, American Dirt follows Lydia and her eight-year-old son, Luca. The book opens with Lydia’s entire family – her husband Sebastián and fifteen other family members – being gunned down in the garden as they celebrate a family birthday. Only Lydia and Luca survive. Lydia knows that they have no choice but to start running.

As a journalist in one of the world’s most dangerous countries, Sebastián had been working to unmask the leader of a narcotics cartel operating in their hometown of Acapulco. With the cartel now responsible for the death of everyone she holds dear, Lydia knows that they will not stop until they kill her and Luca, too. From Acapulco, they frantically set off for el norte, a path trodden by thousands of migrants desperate to escape Mexico into North America. They can trust no-one. The police and other workers within the city and further afield have alliances with the cartel and will report, or kill, Lydia and Luca if they are spotted. Once on the roof of La Bestia freight train, they risk their lives for the freedom they so desperately require, knowing that the worst of their journey is still to come.

At its heart, this is the story of a mother who has lost everything but her son. Other migrants’ stories are interwoven as Lydia and Luca meet others on the same path. The perilous journeys made by migrants every day are brought into sharp focus in a way that is impossible to ignore, making this a novel that I couldn’t put down. In light of current American politics, I hope I won’t ever stop thinking about the migrants risking their lives every day to escape to safety.

Take My Hand by Kerry Fisher and Pat Sowa

I had to brace myself to read this one. Kerry Fisher, one of the authors, had given me fair warning, and while I knew I wanted to read it, I had to make sure it was the right time. This is a memoir written by two women, two mothers, about their sons. Fisher and Sowa have been close friends since university and, thirty years into their friendship, their teenage sons were both diagnosed with life-threatening illnesses within weeks of one another.

Fisher’s son, Cam, had a physical illness (cancer), and Sowa’s son, Dom, had a mental illness, and something I took from this book was a horrible understanding of the different ways in which these illnesses are viewed, handled and treated. Cam had a treatment plan and a team of medics who were on hand to guide the family through his illness, while Dom and his family were left floundering to a certain extent. It was heartbreaking to read this, but it’s such an important thing to talk about, so I salute these women for dragging it into the light.

I think this book is classed as a memoir, but it’s at least partly a guidebook for any mother going through something similar. The prose is broken up with bullet point lists offering suggestions on topics such as looking after yourself and being a good friend to someone facing trauma, and many of the messages the two friends sent to one another during this incredibly tough time are also included. While it was hard to read, as expected, it was also full of hope and I was so glad I’d had a chance to spend some time in the company of these two young men and their strong, loving mothers.