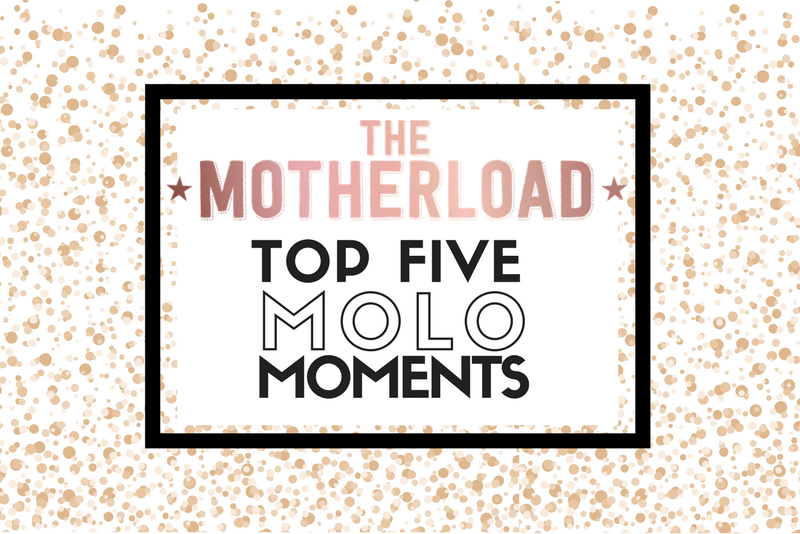 The Motherload® is two! How did that happen? It only seems like five minutes since Kate Dyson set up a little Facebook group of mums, some of whom knew each other, some who were strangers. But from the moment it started, it felt like something special; we could say anything to each other, we could reach out when we were having a bad day and know that someone would listen, we could talk intimately (about Ray Mears) and laugh like madwomen about the stuff our children and partners got up to.

From ten, to twenty members, then to over 4,000 by The Motherload®’s first birthday, when we launched this, The Motherload® website: giving MOLOs a voice, a platform to write about things that matter to us, to share our experiences of motherhood in that same open, honest way that we had when we were just a few, to try to make other mums laugh at the carnage of parenting, to try to make other mums feel less alone during the really tough times. To support women in business, and to help our members find MOLOs who live near them, such is the demand to find a like-minded mum in the real world.

It’s been quite a year, and we’ve had some amazing moments. Our fantastic Facebook community has grown to almost 30,000 members and we now have over 100 MOLOs who write blogs for us, sharing the best and worst times, truthfully, openly, honestly and without judgement. They do more than that; they take the ethos of The Motherload® – women raising each other up, instead of pulling each other down – way beyond our Facebook community. In our first year, we’ve welcomed over 180,000 users to the website, clocking up almost half a million page views. Oh. Em. Gee.

So, it only seems fit that we should stop to celebrate some of the best moments in The Motherload® on our second birthday – and there are some bloody brilliant ones to choose from:

MOLO Karen Smith shared a totally gorgeous story about her seven year old son Stan who was on the tube with his dad when they got chatting to a young skater. The encounter ended with the skater giving his board to Stan, rejecting attempts to give it back – “no man, it’s his now” – how cool is that? MOLOs were overwhelmed by his kind gesture – proof that good things DO happen on the tube – and wanted to share the story to show the skater how brilliant they thought he was. The Sun, Closer magazine the Evening Standard, Transport for London and London Underground all helped us in our efforts to #FindTheSkater – did he ever read Karen’s message? We may never know, but it was a fantastic MOLO moment. You can read the full story #FindTheSkater: A Random Act of Kindness on the Tube. Love it!

Wendy Bloom was getting ready to take her baby swimming, and decided to share a photo of herself with The Motherload®, embracing her fear of revealing her post-baby body, in her Batgirl swimsuit. The response from the MOLOs was amazing – thousands of likes and comments for Wendy’s great attitude (and how amazing she looked!) and loads of members wanting to buy a Batgirl costume for themselves. Within hours, Sports Direct had completely sold out, and those for sale on eBay were snapped up too. Luckily, Wendy and her friend had a spare swimsuit each and decided to give them away to two MOLOs who had shown kindness to other mothers. So much to love about this – you can read the full story #BeMoreMOLO: Batgirl’s Random Act of Kindness

3. Are there any MOLOs in Utrecht?

MOLO Claire Restall was desperate to give her friend Nicola Margai a boost, after she became seriously ill on holiday and ended up in intensive care in The Netherlands over Christmas. Claire posted in The Motherload® to see if any MOLOs could help her by making a special delivery to Nicola to cheer her up as she recuperated on the ward. Catherine Drury amazed us all by making it to the hospital within a matter of hours. And lo! The hashtag #BeMoreMOLO was born… You can read the full story here: A Random Act of Kindness: Are There Any MOLOs in Utrecht?

When Anna May Mangan launched into her epic Daily Mail spite-fest against so-called Slummy Mummies, slating Sarah Turner the Unmumsy Mum, Katie Kirby – Hurrah for Gin, Steph from Don’t Buy Her Flowers and the Scummy Mummies she picked on the wrong bunch of women. Kate galvanised the MOLO bloggers to write a brilliant response to the article, while the rest of us flooded Facebook, Twitter and Instagram with our fish finger selfies, with the #IAmSlummyMummy hashtag. A truly brilliant MOLO moment. You can see the best of the selfies and read the MOLO blog Why Is The Daily Mail So Intent on Mum-shaming?

Oh Dan, what did you do to the MOLOs? Little did Lorna Hayward realise when she posted her funny picture of Dan the estate agent in The Motherload® that things would go completely crazy. While Lorna was on a night out, the MOLOs launched the mission to #FindDan – and find him they did, tracking him down to Purplebricks estate agent in a search worthy of the FBI. The hilarious thread set a new Motherload record of 2.2k likes, so we just had to tell the story on The Motherload® website. The article went viral, breaking our website twice – #DanBrokeTheMotherload. Soon we were negotiating press coverage from the Mail Online (where he kinda went viral all over again – 2.2k shares!) , The Sun, The Mirror, The Evening Standard, Metro, Magic FM and Heart FM. The story even got picked up by the media in Australia and New Zealand. Dan, Lorna, and of course, the MOLOs – we salute you for giving us the best MOLO Moment of the year!

So, The Motherload® is two! And while we continue to grow and evolve, at our heart, we’re still a group of women, talking intimately, reaching out, lifting each other up and making each other laugh. Long may that continue.

Kate and I would just like to thank all of our fantastic MOLOs, writers, contributors, advertisers, supporters, and moderators for their hard work and contributions. Thank you! You lot ROCK!

Love this? Share it, and spread the MOLO love! For the latest from The Motherload®, head to our homepage.