Grenfell Tower: After The Fire

Coronavirus: The Kindness Of Us
Maternity Ward Photography: Should We Ban Bounty?
Quiz: How MOLO Are You? 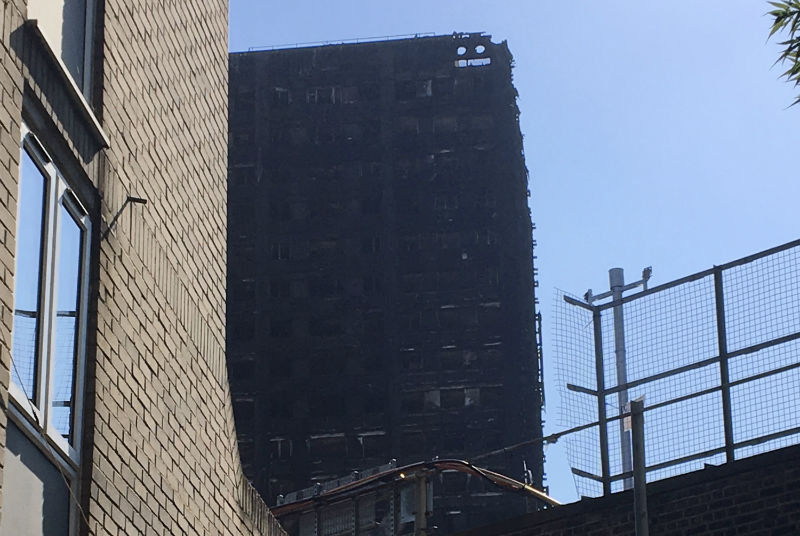 God, I have been angry this week. I have also been sad, deeply and profoundly so.  A kind of bleakness gnawing away at my consciousness since the terrible sight on Thursday morning of Grenfell Tower in West London engulfed in flames. Like the super expensive ‘money’ scene in a big budget action film. Except it wasn’t a film. It was down the road and it looked like most people didn’t get out alive. And now of course we know that many didn’t.

Like you, I have watched and listened intensely to the news. Listening to Radio 4, reading Twitter and Facebook, sharing stories with friends, each one more horrific than the next. Like the man who was given back his phone by a firefighter who had been speaking with his sister who was trapped inside,  trying to help her: “tell her you love her mate” he said. And for me, the most distressing story so far, that of the woman who left her smoke-filled flat with six children and had only four of them by the time they got out.

I am outraged and heartbroken. Which is strange actually, because empathy is not something I posses in abundance. But I believe two terrorist attacks in the UK and a pointless and ridiculous General Election have stripped some the layers off and left me feeling quite emotional and raw. I’m also a real-life Londoner and hail from close to Ladbroke Grove. Much of my misspent youth happened there, especially on Carnival weekend, so it feels close.  And then there is the injustice of the event itself. A terrorist attack is a deliberate event meant to kill and maim so I can make sense of it to some degree. I cannot, no matter now hard I try, (and believe me, I have tried), understand this. The thought that these people, marginalised and poor, and without voice, could have died because of a lack of duty of care by those that should have been protecting them leaves me angry; I am raging and I am upset.

So, when I returned to a messy, noisy house on Friday night, all hot and bothered and probably a bit premenstrual I had a mini-breakdown.  Actually it was quite a big one with some shouting and lots of angry tears and snot.  “What can I do?” I shouted, I felt a strong and visceral need to DO SOMETHING.

My long-suffering partner found himself in New York two days after the Twin Towers fell and volunteered at Ground Zero.  “Go and do something about it then” he says, “get down there and help”. Oh right, okay, yes, fuck I can do that can’t I?

So that’s what I did yesterday.

At 9.30am myself and a friend met at Latimer Road tube and walked the silent streets, in the shadow of the Tower, every spare wall and window covered in ‘missing’ posters for those who didn’t get out. By 10am we had rocked up to a donation centre and were promptly set to work. Huge boxes of food, clothes, sanitary and toiletry products piled floor to ceiling met our gaze. Anything else you can think of needed to be sorted into type and size.  I have to say, it seemed pretty insurmountable and intimidating at the time. And sorting them is what we did. Men, women, all shapes and sizes and colours and religions and ages and backgrounds. All there, working together in a boiling hot warehouse because we just had to.  It was indescribably wonderful and heart-warming,  As we worked, people came and went with donations, water, and more offers of help. At one point we were asked to stop work and look to the front of the space, the man that had walked past me with his son with two shopping trolleys piled high with sanitary products, baby food, water and toiletries stood looking very uncomfortable – give this man a clap we were told – he’s just driven all this stuff down here from Wales with his son. The room erupted with claps and cheers; cue more crying. By the time I left early evening A LOT of the boxes had been sorted and shifted.

I am still angry and troubled. I’m thinking about how else I can help, The only official people I saw yesterday were Police Officers. No council workers, the camera crews have gone, all the effort I saw was being completed by volunteers. The storage facility that our donations were being taken to has not been provided by the Borough or Government, but by the generosity of local and not so local business. It is a huge operation down there, run entirely on goodwill – it’s mind-blowing.

Today my back is killing me and my nails are fucked. But who cares? Because I got to wake up this morning. Because I am writing this today from my home and my children and loved ones are safe. I’m grateful as hell and counting my blessings in a huge way – I’m holding my babies tight.

Ways you can help:

In the coming days and weeks the various volunteering groups are going to try and work together to get the aid to those and need it most. There are the victims, but also the evacuees, people that still have homes but can’t yet return to them. You can check the Grenfell Towers Volunteer Page on Facebook for ways to get down and help – its updated constantly. Donations are no longer needed, but help with is, including driving.

You can also donate to one of the many fundraising pages..

Find out who your local MP is and local Borough Councillors. Write to them, tell them how this made you feel and ask them to go to Parliament and push to pass legislation that ensures this never, ever happens again. Tell them you want the people responsible held to account.

Our thoughts are with those who have lost loved ones, and who have lost their homes. You can find out more about how to help, including a list of verified appeal funds here. You can also donate to the Fire Fighters Charity, which supports firefighters who are in need.

Karen is mummy to 2 humans and 2 cats, 4 fish and partner to 1 (Human). She works in telly full time and is constantly wracked with guilt about it. When she’s not helping to make TV programme she’s cooking, knitting or trying to escape the mayhem to go to the lido, because she is utterly obsessed by swimming in cold water. You can follow Karen on Twitter, read her blog and have a peep at her Instagram