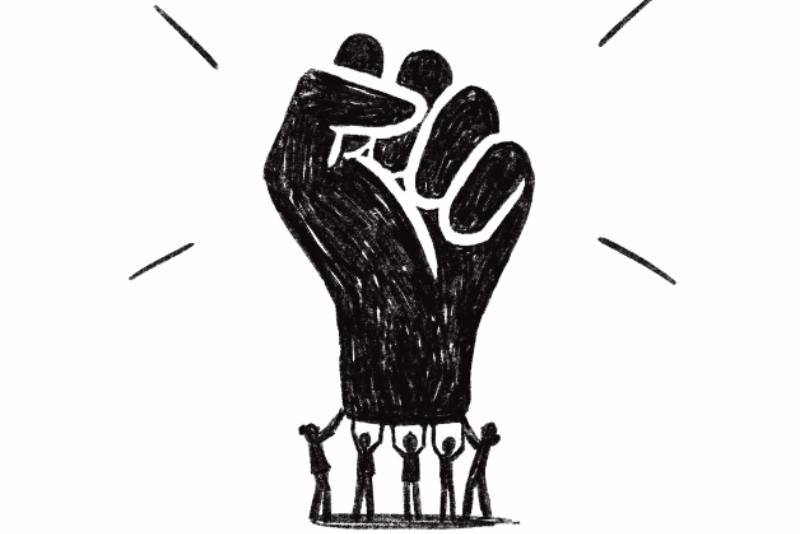 Watching the evening news, people witness another awful killing and see the Anti-Racism protests, feeling sympathy with the cause.  They see the pain and the hurt and feel sorry that these tragic things happen in the world, and then settle in for some Gogglebox and tweet about celebrity home furnishings.  After all, we’re only human and that’s how we cope, serving ourselves small measures of reality, washed down with an effervescent tonic of escapist TV.

For everyone struggles: dealing with life’s injustices, drowning in unfair systems, let down by fellow humans, broken by Covid-19.  No one is immune. We’re all in this together.

And then amongst all these hardships, this everyday trauma and pain, some stranger tells you that you’ve had it easy compared to others, that you’ve lived a charmed life.  Nobody likes to be told that they have had it easy.  Just today, another mum suggested that my life was easier now my two older children are back at school two days a week.  I was immediately annoyed and quickly rattled off all the daily difficulties I faced.  Defensive.  Angry.  In denial.

Amongst the waves of #blacklivesmatter protests and the social media focus on race and racism, there has been a wake up call to check white privilege: to relearn British history, to rethink British heroes and to appreciate having privilege that one never knew even existed before.  Statues have tumbled. Pride has been punctured.

Identifying as mixed race, proudly half-Indian, the only brown-skinned girl in my school, I did not think that this applied to me.  I was quick to assert my allegiance and voiced my story and anger.  I benefit from many a privilege, but I’d never realised that race was one of them.

But then this week, I’ve had the biggest wake up call of my adult life.  Having been a victim of racist abuse, I would never have dreamt of being on the side of the oppressor, but in reading Me and White Supremacy (Layla F. Saad) and White Fragility (Robin DiAngelo), I’ve learnt that if others see me as White, regardless of how I describe my own ethnicity, then I benefit from White Privilege.

As mixed race, i’m also ‘half-white’ and often seen as white, especially by Asian and Black communities, when teaching in East London, when living in Kenya, or when hanging out with my Indian family.  It’s easy for me to recall all the instances of falling victim to racism, but to chart my own white privilege is far harder, but it is a necessary exercise that I feel I must do so I can grow, relearn and help my own young children to be anti-racist.

The list goes on, including every benefit of white privilege: education, housing, jobs, society.

And if this hasn’t persuaded you to rethink your own privilege and shed your pride, watch Frozen II and copy the example made by Anna and Elsa (now revealed as mixed race – yippee, join the club sisters), who realise that their own Grandfather was a violent imperialist leader, tricking and killing the Northuldra people under the disguise of a peaceful cup of tea and jolly picnic.  The princesses use their power to destroy the dam – the classic symbol of anti-nature colonialism – to bring justice to the indigenous communities, to make history right and to set ALL people free.  While this simplistic allegory for colonial damage and repatriation may not be ideal (white saviour complex?) it does launch a much-needed conversation with even young children about history, imperialism and fairness: for surely every child on earth notices what is fair or unfair before they can even walk or talk?

But life isn’t Disney.  Real shots have been fired.  Real blood has been shed.

Together, as parents of the next generation, we can shed our pride and free our children.  Racism is everyone’s issue and we are all called upon to rethink our lives and demand more from our schools, our police, our justice system, our reading, our television, our government, our future.  Once we’re aware of our privilege, we can begin to move forward with our collective fight for a better world.

Image credit: Matt Blease – you can find him on instagram