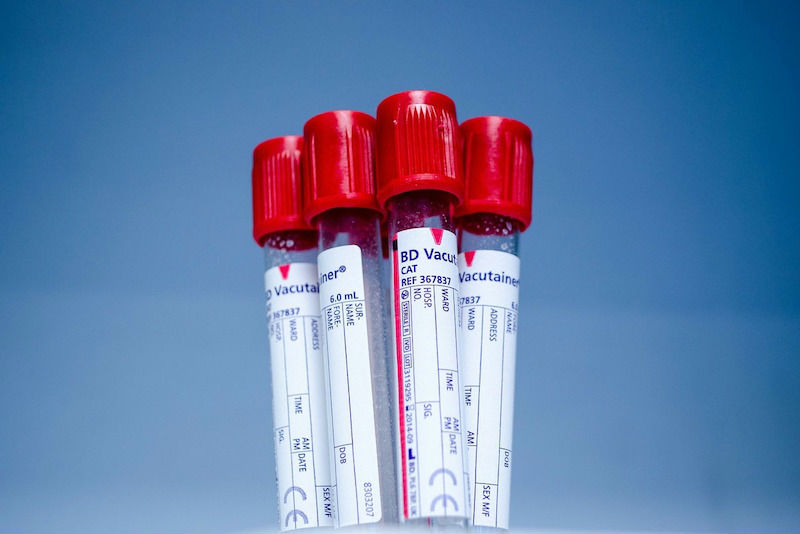 When going in for a first scan in early pregnancy, lots of women are afraid that they will be told there isn’t actually a baby there. It’s an understandable fear: in those first few weeks, unless you’re suffering badly with sickness, there’s little real evidence of pregnancy apart from a couple of lines on a stick. However, when I went for an early scan on a Friday morning in October of 2014, I never expected the sonographer to tell me exactly that. After confirming that I should be approximately six weeks along, she informed me that she couldn’t see any evidence of a baby.

What she did see was a mass. If she could have looked at it more closely, it would have looked a bit like a bunch of white grapes and it would have been growing rapidly. Blood tests revealed that my hCG levels were sky-high, which confirmed that I had a molar pregnancy. Surgery was scheduled for the following Monday. I went home, cried, and frantically Googled.

The tricky thing about molar pregnancy is that it can develop into choriocarcinoma. That’s a complicated way of saying that a molar pregnancy can become cancer. In most cases, surgery removes the majority of cells and the rest die out on their own. In a few cases, however, the cells don’t die out and they continue to multiply. In these cases, chemotherapy is required to kill the rest of the cells.

I had a complete molar pregnancy, so after my ERPC, I was referred to Sheffield Hospital for continued monitoring. Because molar pregnancy is so rare, there are only three hospitals in the country that specialise in its treatment, so patients are referred to Charing Cross, Sheffield or Durham based on their location. Thus ensued weeks of weeing in beakers, having blood taken, and posting it all to Sheffield. In the first week or so after surgery, my hCG levels plummeted from almost 100,000 to below 500. The best case scenario was that they would continue along this trend, and the whole ordeal would be over within a month. Unfortunately, it wasn’t quite that straightforward, and it took about four months of bouncing up and down before my levels dropped below 25, triggering my first period, and a further month before they were back to zero. I am very fortunate that Annie, my nurse at Sheffield, exercised caution and restraint. She kept suggesting we just wait another week and continue monitoring before moving to chemotherapy, and her judgement was absolutely correct.

The emotional impact of a molar pregnancy was complicated. How do you mourn a baby that never actually existed? I thought back on those times I touched my tummy, or talked to this child I imagined growing inside me, and I felt foolish. I doubted my own body: after months of trying I had finally got pregnant, but with an egg that didn’t contain any genetic information. What if it happened again? I also felt as though I was trapped in limbo in those months of monitoring. I wasn’t pregnant, but I also wasn’t having periods, and we didn’t know when we’d be able to start trying to conceive again. Possibly worst of all was that barely anyone had ever heard of a molar pregnancy. Even healthcare professionals who enquired if I was pregnant when taking my blood to have my hCG levels tested were unfamiliar with the condition, and I would once again have to explain what it meant.

Coincidentally, it happened that several friends and acquaintances announced their pregnancies at this time, and I did not cope well with that news. I am not proud of myself for my behaviour at that time. I was jealous and bitter. I struggled to engage with the people I should have been supporting because I so badly wanted what they had. God love my husband for his unending patience and tolerance as I sobbed, screamed and sulked my way through those months.

I was an absolute mess of emotions: overwhelmed by sadness, yet simultaneously ashamed because I felt as though I had no right to those feelings. There was never any baby, and I had only had four weeks of believing in its existence in the first place. But that’s the thing about pregnancy: when a woman becomes pregnant, she grows the dream of a baby alongside the reality. She makes plans and envisions a future, and when that vision is destroyed she has to reconcile a new reality with the one she had imagined.

My molar pregnancy has a happy ending. Several months later I sat in the same Early Pregnancy Assessment Unit, again approximately six weeks along, but that time I saw two strong little heart beats. I know how lucky I am.

I’ve tried to come up with some deep insight into coping with pregnancy loss to finish this piece. The fact is that I have no original insight, even though my personal experience was a bit different from that of the majority. The only thing I can say is that pregnancy loss is shit. I hope if you are experiencing it that you will be kind to yourself, allow yourself to grieve in the way that feels right for you, and lean on those who offer support as you learn to live in your new reality.

The Miscarriage Association can offer support to anyone affected by miscarriage, click here