Bereavement: I Lost the Man Who Was Not My ‘Real’ Dad 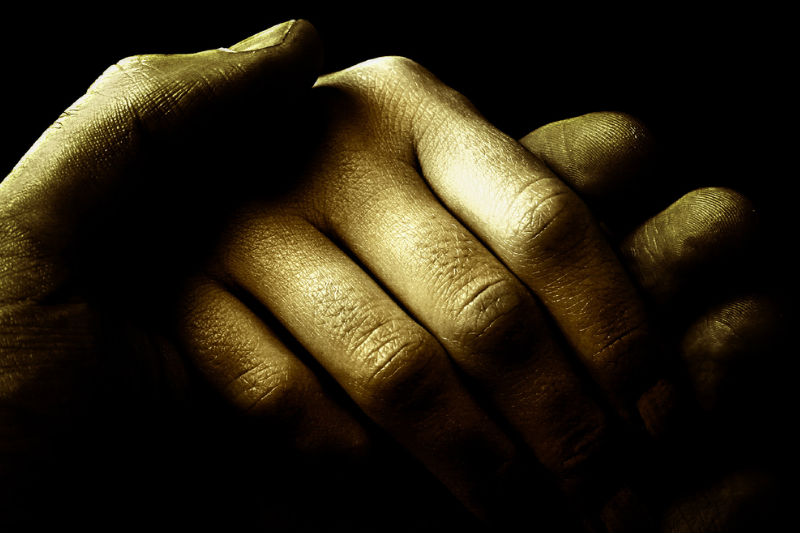 Have you ever lost someone you loved? I don’t mean a break up, which I do view as bereavement, a very palpable loss. I mean death.

My step dad, Robert died. He had Marfan Syndrome, a genetic disorder that causes symptoms including weak connective tissue, poor vision and heart defects. Robert had all of these.

He had a hole in his aorta that needed fixing. He had surgery scheduled to do just that.  I knew that there was a 30% fatality rate. I knew this because Robert told me. I think he was trying, in his own gentle way, to warn me. I didn’t listen. I couldn’t process death as a possible outcome.  Anyway, that meant 70% success rate, so he was going to be fine. That is what I told myself. He would come home, be a lousy patient, get on our nerves, get better.

Apparently, his surgery was successful. Successful in so much as the hole in the aorta was fixed. However, his heart was too weak and it would not restart after surgery. He died on the operating table, cold and alone. I am so glad that he was not in any pain but this is the only thing that I find any comfort in.

I still find it strange that any surgery that a person does not survive can be described as successful.

It took years for me to stop thinking, occasionally, that he had got lost somehow, or was playing a prank on us. That he would show up one day and I would be so angry that he had been gone, but so utterly relieved that he had decided to stop playing this game, so cruel and out of character. I thought I saw him out of the corner of my eye once, near where we lived. I was driving and I had to stop my car suddenly and pull over and take more than a moment to compose myself. I was furious that he had been here all along. Of course, he hadn’t been, he was gone. At 6 foot four, he was a tall man, but the hole he left in our lives was immense. A deep, dark chasm, a black hole. Indescribable. At his funeral I was looking for him, he was tall and ginger and easy to spot in a crowd. He loved a party, most of his friends were there, he would be sad to have missed it.

I am writing this for a few reasons. Partly catharsis, please forgive this slight self indulgence on my part. I am hoping, if I can somehow make sense of it, that I can make peace with the fact that he is not here. That he was not alive to see me graduate, or marry or have children. That despite him being gone since 2001 he has not been forgotten. He is, was and forever will be my step dad, despite never marrying my mother and my mother subsequently marrying many years later. This man, my mother’s husband, was my step father on paper, he could never be my step dad, that role was taken, forever unavailable.

I am also writing this in defence of ‘dysfunctional’ families. I have never known any different, my family is and always will be ‘dysfunctional’. I dislike this term. It is negative and inaccurate. My family functions well and there is love. There are likes and dislikes, words said in frustration and laughter and much else besides. There is kindness and acceptance and support. I hope if you have a successful relationship with a step parent or child, or a step sibling, or half sibling or anything unconventional, that this will resonate with you. Someone at Robert’s funeral said ‘Well, at least it wasn’t your father’. But that distinction, so useful in many ways, did not matter. I had lost the ‘dad’ figure that I had lived with since I was ten. A decade of helping with homework, lifts, laying the dinner table. The mundane routine of life, cups of tea, Sunday roasts, watching TV.  At the age of 52, a kind, gentle man who had loved life and lived it fully and with fun was gone.

I am hoping that I can encourage others to celebrate those they love, whoever they are. I never told my step dad that I loved him. I don’t know why, it was just never said. I hope that he knew, as I do believe actions speak louder than words. That said, I would give almost anything to be able to see him, or speak to him so I could tell him. Just once. Then I don’t have to wonder if he knew, or hope with all my might that he knew.  That I did love him, that I still do. That I always will. I wanted to share this with The Motherload® because some of you will be step parents, really brilliant ones who utterly love your step kids or half sister or step parent.

I often see very negative things written or said about step parents. I think the step family dynamic can certainly be difficult, but it can be wonderful and warm and I wanted to try in some small way to address the imbalance.  I tell my children every day that I love them. I do this often without thinking, but I do it because I do not want anyone in my life that I love, the people that matter, to not know that I love them or doubt that they matter.

Sixteen years on, I still miss him with a raw intensity that can still knock me for six.

I wish he could have met my children and that they could have benefited from knowing him.

This is about my experience of being a loved step daughter, who never adequately expressed that love in his living years. So, to all the ‘dysfunctional families’ out there, if you love a person and you view them as family that is pretty high functioning in my book. If you love someone, let them know. Don’t miss the opportunity like I did. I had a very vivid dream that he appeared in my doorway one night, looking for the cats so they could be shut in the kitchen. I remember saying ‘You shouldn’t be here’. He replied ‘But I live here, this is my home’. So I said ‘can you give me a hug please?’ He replied ‘I’m sorry I can’t.’ Then he left.

If you have someone that embodies ‘home’, you are very lucky. I hope that I can embody that for my children now and as they grow up. You do not have to be someone’s biological parent to do that.

Now, as a parent myself, I am awed at how easily he seemed to fill the step dad role, not treading on anyone’s toes, not being competitive or argumentative. He wasn’t a saint, but he was a very positive role model that I miss dearly. I am very thankful that I got to share some of my life with him, I just wish it had been longer. I guess we will always want longer when faced with losing someone we love.

You can read Miranda’s last blog here and for more from The Motherload® writers, head over to our homepage.

Mum of two kids and one cat. Works full time and is in an endless battle to get on top of the laundry.
I want to get in shape but find wine and chocolate more appealing than exercising. Hobbies include bathing/ peeing alone, Sauvignon Blanc and going to the theatre.
Image credit: Flickr, Jose Luis Mieza, February 13 2004