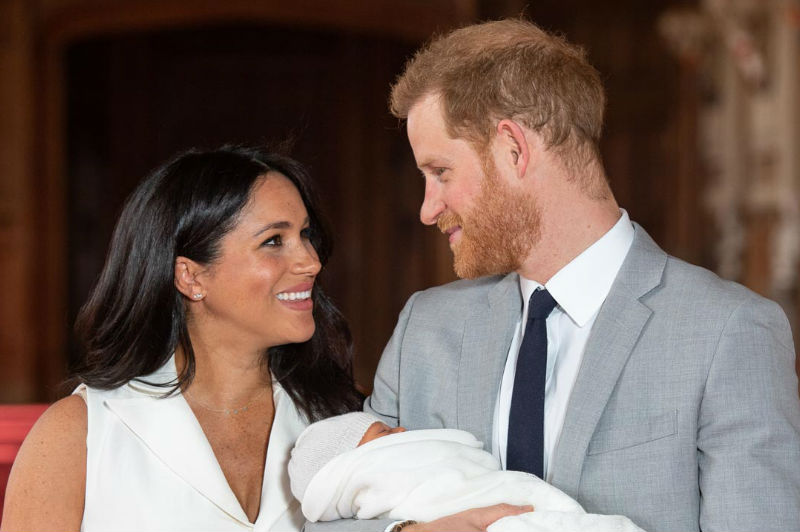 When Meghan announced her decision to keep the plans surrounding the birth of her son private, I understood. Harry and Meghan have been on the receiving end of racist trolls since they announced their relationship. Harry has made pleas to the press, the couple have received suspicious packages with racist notes attached. The list goes on. A recent survey found that 70% of the racist and anti-Meghan trolling comes from just 20 social media accounts.

When my oldest son was born, I was reassured that he would ‘darken up in no time’.  After my youngest son was born, midwives stood in the corner of the room whispering. I asked what was wrong and they admitted surprise that his features did not match their expectations. I was then congratulated on how ‘white passing’ my children were. There exists a morbid fascination with children from multi-ethnic families. Behind which lie dangerous stereotypes. Harry and Meghan have experienced publicly, what those of us without royal status knew already. Curiosity didn’t kill the cat, it revealed it’s bigotry.

When is a baby not a baby?

When they’re dual heritage. Then they’re fair game for humourless jokes and insensitive comments. Ranging from CNN’s think piece entitled “How black will the royal baby be?” (since been changed), to The Sun’s genetic expert mock-ups and predictions about his appearance. My social media newsfeed has been littered with ‘humorous’ name suggestions based on perceived stereotypical African-American names such as Kanye. We can’t of course forget Danny Baker’s insensitive chimpanzee tweet that earned him being fired by the BBC.

It wouldn’t be fair for me to exclude articles that highlight the positive connotations of Archie’s arrival. However again, this is placing a lot of responsibility on the shoulders of a child who is not even a week old yet.

My advice for Meghan and Harry?

Ignore the racist trolls and the haters. Enjoy your baby, only worry about if he looks healthy and if he is happy. Above all, remember parenting doesn’t have to be perfect. There is no shame in winging it!