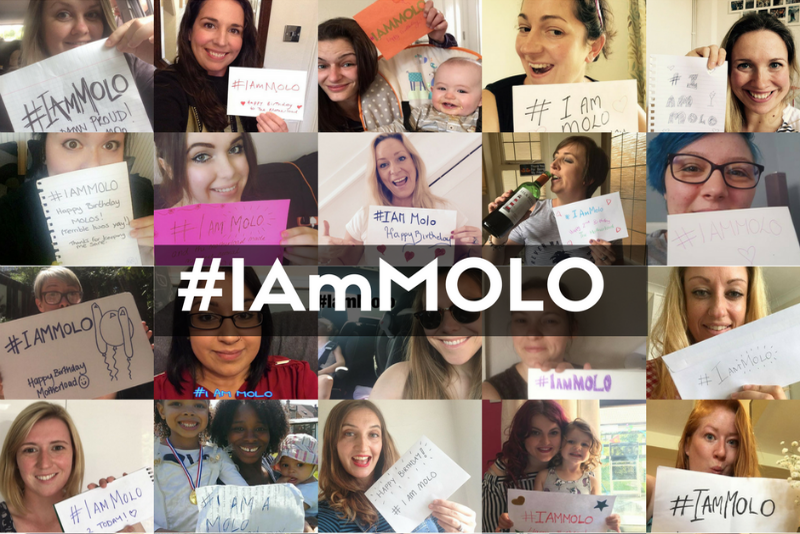 We are constantly amazed by the ingenious parenting tricks which MOLOs share in The Motherload®’s fantastic Facebook community, like the mum who did baby-led weaning with her twins in bumbos, in the bath, or the MOLO who kept the kids occupied painting the garden fence with water, or the mum who put shop-bought cakes in a plastic container for the school bake-sale so they looked home-made.

So even though it’s our second birthday and by rights, we should be spending the day quaffing Prosecco, we, The Motherload® bloggers have been racking our brains to come up with the very best MOLO parenting tricks you could possibly imagine. As our gift to you. These will get you out of sticky situations, make miserable kids happy again, AND get you a G&T at the park. What more could you want?

The toaster is your friend

Did you know you can cook potato waffles in the toaster? The first time I saw this, I almost fell over because I was so in awe of the ingenuity. Eve says ‘toasters are a gift from god. I stick Quorn nuggets in it as well!’

This may sound impossible, but believe me, it can be done. You know when bedtime lasts an hour and a half and mummy is losing the will to live? Pretend mummy has to leave the room to go and put dinner on, but is returning every few minutes to sing lullabies outside the bedroom door, by recording yourself on your smartphone voice recorder. Let it play again and again, while you top up your Sauvignon Blanc and relax.

Join the gym, use the crèche, do NOT work out – go and sit in the coffee shop and read your book.

Use a reading light for newborn night-time nappy changes

Use a little clip-on reading light for nappy changes in the night when they’re babies so as not to wake them too much. Genius!

Forget all these parenting gurus – stick on CBeebies instead. Flop is some weird knitted rabbit-type thing who cares for Bing Bunny.  Flop is my hero! I am a sleep-deprived, caffeine-deprived (preggo), gin-deprived (still preggo) parent of a nearly two year old; I used to lose my shit before 7am, daily! Now I don’t and it’s all thanks to Flop! His gentle and caring, non-accusatory parenting style shows me how to parent better!

If you have a baby or toddler, always have bubbles in your bag when you are out – they will cure meltdowns in seconds. At home a bubble machine will keep them entertained for half an hour while you cry into your coffee and reminisce about the days when you could sleep.

Layer up lots of sheets and absorbent pads to get through the ‘dry at night’ stage or vomiting bugs. On the mattress, layer a pad, then a sheet, another pad, and another sheet so you just have to take a layer off instead of changing the whole bed in the middle of the night. Boom.

Do it with a friend

Do it with a friend. If we have a friend and her kids over, it just feels so much easier, even though there are more kids.

Trick them into going to bed early

If we’ve had a difficult day, I’ll give them dinner early then tell them that they’ve had so much time playing (pissing me off) that they’ve missed CBeebies bedtime story so there’s no point putting TV on, we’ll just go to bed. Earliest it worked for was 5.30pm! Obviously it depends on them both not being able to tell the time.

When cooking pasta, drain it and then run a blast of cold water over it, which cools it down enough so it can be served instantly and you don’t hyperventilate while trying desperately to blow on it so it is an acceptable temperature to satisfy the demands of your screaming children without burning their delicate mouths. You’re welcome.

You know those cupcake cases you bought so you could do baking with the kids? Well you can put them to good use by jabbing a lolly stick through one to catch the drips when your toddler takes aeons to eat an ice lolly. Goodbye sticky fingers!

A sneaky G&T at the park

So you know that thermal cup that you use every morning to keep your cuppa warm during the miserable commute/school run/endless breastfeeding? Well it’s also rather fabulous at keeping things cold. Top up your beaker with a lovely ice-cold gin and tonic to sup while you supervise the kids’ late afternoon run around at the local playing fields. You’ve earned it.

Like this? Share it, and spread the MOLO love! Read our Top 5 MOLO Moments and for the latest from The Motherload®, head to our homepage!

Image credit: The Motherload® – with thanks to all our lovely MOLOs who shared their #IAmMOLO selfies with us. Thank you!